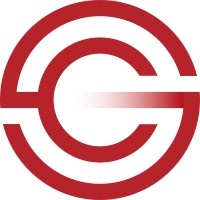 The China-Global South Project (CGSP), formerly known as The China Africa Project, is a non-profit independent multimedia organization dedicated to exploring every aspect of China’s engagement with Africa. CGSP is registered as a 501(c)(3) not-for-profit corporation in the United States with no partisan agenda whatsoever and does not advocate on behalf of any country, company, or culture.

CGSP was co-founded in 2010 by journalist Eric Olander and media scholar Dr. Cobus van Staden. Until August 2019, CGSP was a passion project that Eric and Cobus worked on during nights and weekends. Now, there’s a full-time team of editors and analysts in five countries in Africa and Asia working every day to produce daily news and analysis.

Zoomo is the world's leader in light electric vehicles (LEVs) and after-market servicing, built on the experience of thousands of delivery riders around the world.

🌳  Top ClimateTech jobs in your inbox. Every week. Subscribe: